Ideas for a Sea Campaign

The Lesser Sea of Bastards is an unstable region within the vast Ghost Sea dividing the land-sprawl of Yyrit from his south-eastern sister, the Isle of Gan.

The Bastards' Sea is named for the children of the legendary pirate-king Malfan the Malingerer, whose many-mothered sons and daughters conspired to maroon him on the monster-haunted Isle of Naught. There he was consumed by the Hairy Giantess, Jorta, who in twenty-nine months rebirthed the elderly pirate-king as the giant-king Remeeth. Now Remeeth-that-was-Malfan claims lordship over Naught-Isle and executes or enslaves all man-folk who set foot there.

In Malfan's absence the siblings naturally collapsed into tribal warfare, with many bold claims pronounced declaring mastery over specific (usually well-trafficked) sea-regions. After several generations, all possible trade-routes were objects of active dispute between rival pirate-clans, leading to the creation of a many-layered protection racket that would become an official entity with chapters located in every Yyritan and Ganese port-town. All ships traveling across the Bastard Sea are now subject to the Bastards' taxes.

The Guild of Collectors was born of necessity from the constant and ongoing Bastard Wars. Each member must relinquish their family name, in exchange adopting the Mantle of Malfan, an odd hood of wrapped linen soaked in brine and bleached by the light of the Moon. Having no loyalty to any particular Bastard House but devoted to all, the Collectors are responsible for extracting, counting and redistributing bastard-taxes. Their ritual weapon is a red oak cudgel wrapped in thorn-vines harvested from the Wight Dunes.

While it is customary for the Bastard-ships to steer clear of vessels under their protection, there are sometimes known to be (30% chance) encounters with Bastard Infidels who will trouble a ship regardless of the flags it flies. 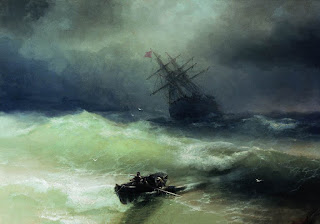 Email ThisBlogThis!Share to TwitterShare to FacebookShare to Pinterest
Labels: mythologizing 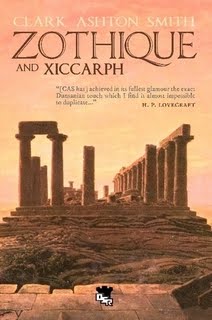 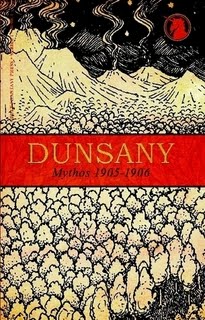 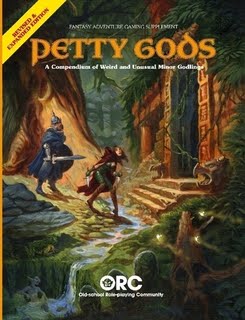